Based in Laguardia,in Rioja Alavesa, Artadi has in recent years cemented its role in the region as a pioneer,leading the push for recognition of a concept of terroir.

Based in Laguardia , in Rioja Alavesa, Artadi has in recent years cemented its role in the region as a pioneer, leading the push for recognition of a concept of terroir. Artadi has come a long way since its establishment in 1985 by a group of 13 local vinegrowers as a cooperative. Artadi stands for respect for the region’s traditions, both human and natural.

Artadi chose to leave the Rioja appellation in 2015. The single vineyard wines it has since released have made the case eloquently for the nuances which make up this highly intricate region. This rebellion against the local regulator is borne from a desire to showcase the region’s typicity to best effect, unhampered by red tape and the marketing concerns of larger producers. 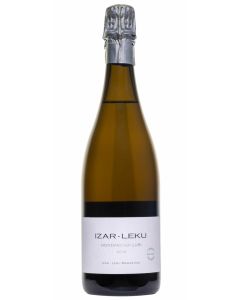 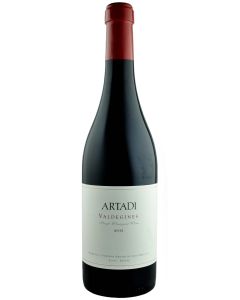 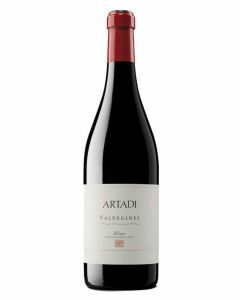 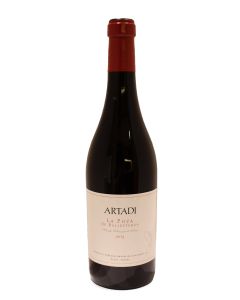 La Poza de Ballesteros Artadi 2015
Write a review
Based in the hilltop village of Laguardia, in the heart of Rioja Alavesa, Artadi is a flag bearer for the region. La Poza is named after a pool-like hollow at the centre of the vineyard.
Read More 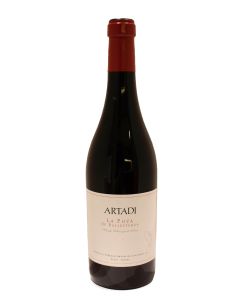 La Poza de Ballesteros Artadi 2017
Write a review
Inky-dark in the glass, this is described by Juan Carlos as having a ‘Mediterranean’ personality. It lies directly opposite Valdeginés but benefits from the afternoon sun, making for a more forthright, muscular style. The nose has a certain meatiness and a herbal accent – thyme, and liquorice. The palate is mouth-filling and impressively potent, with powerful, yet marvellously fruit-coated tannins. As always, this needs bottle age, but will repay it handsomely.
Read More 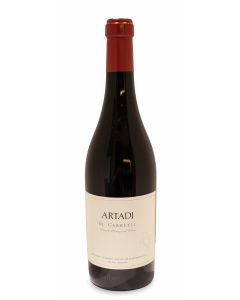 Montes El Carretil Artadi 2016
Write a review
The highest of the single vineyard plots and the most mineral-driven.
Read More
View: Grid List