Vintage Report – Bordeaux 2021: Back to the Future

“Wait a minute, Doc. Are you telling me you built a time machine…?”

It seemed that ‘climate change vintages’ were here to stay. The 2018-20 trio of warm, dry seasons laid down an intense new rhythm to which the vines of Bordeaux were beginning to learn to dance. 2021, on the face of it, looks like a throwback to the Bordeaux of yesteryear.

This is a pre-tasting overview of the 2021 growing season, before our upcoming visits at the end of April – back in Bordeaux at last for the first time since the 2018 vintage.

The 2019 vintage, released at a healthy discount into a Covid-afflicted world, went down a treat. It was no surprise that a seductive set of wines at sensible prices were just what the doctor ordered and from the isolation of their living rooms, customers voted with their wallets.

The 2020s were arguably even better, but a year on, the mood had morphed from ‘unprecedented’ to ‘new normal’ and just as prices edged up, interest waned. And the third strong vintage in a row was always going to be a tougher sell.

Where are we now? Cataclysmic geopolitics aside, the prevailing mood post-Covid-restrictions is upbeat. The UK and France are relishing their newfound freedom. Are we ready for 2021 Bordeaux then?

I wrote last year that 2021 may come to be defined by its frost damage, in character and potential pricing. In their immediate aftermath, the French agriculture minister called April 2021’s frosts “the greatest agricultural catastrophe of the beginning of the century”.

The frosts certainly affected yields, which are small but, it turns out, not catastrophic. According to Christophe Chateau of the Conseil Interprofessionnel du Vin de Bordeaux (CIVB), the region as whole has made “less than 4m hectolitres”, compared to 4.4mhl in the 2020 vintage.

Whilst Graves and Sauternes saw temperatures fall to -6 and -7°C, proactive use of candles in the vineyards of the Médoc, as well as proximity to the Gironde estuary, tempered losses here.

Following a mild winter, an early budburst in March and the above frosts, flowering took place amid generally moist conditions. Although surprisingly good in places, it inevitably saw both coulure (aborted fruit-set) and millerandage (small, thick-skinned berries), further reducing the crop size.

The late summer came to the rescue here. June and July were cool and wet, bringing mildew pressure which required constant vineyard treatments. July, a particularly key month, was cool and cloudy. Those that stayed on top of their vines rode it out though. August and September were better, with generally dry conditions from the second week of August through to mid-September. As so often, September proved make-or-break time…

Many left picking as late as they dared. The lead-in to harvest sounds like a nail-biter, going down to the wire in the quest for maturity. The relatively small volumes helped here, enabling vines to focus on ripening a reduced crop load.

The trade-off of waiting for ripeness was the risk of rot. As related by Margaret Rand, Stephan von Neipperg of Canon La Gaffelière in Saint-Émilion said, “If you didn’t have botrytis this year, your grapes weren’t ripe.” 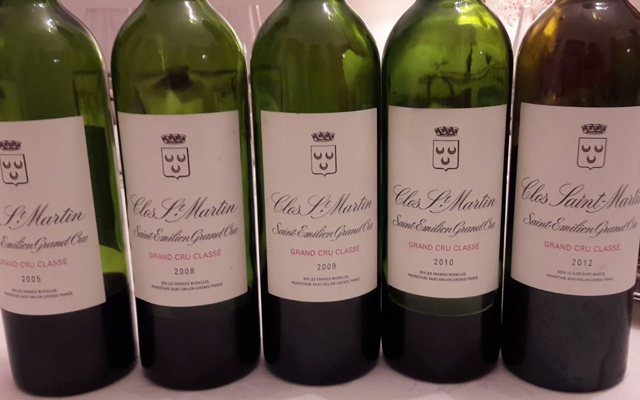 Vintage comparisons are set to become trickier in the context of climate change. Despite the temptation to see cooler, later-picked years such as 2021 as a return to the past (as indeed the title of this piece suggests), the attendant extreme weather events and general unpredictability mean the reality is more complex.

2021 might not be a natural successor to the three warm vintages preceding it but the early indications are that there will be plenty to like. We certainly expect patchiness and, more than ever, this is a vintage where detail is key – of microclimate, viticulture and responsiveness of the vineyard team to the season’s challenges.

Protection against frost appears to have averted greater losses and in particular, candles and early warning systems (frost alarms and the like) seem to have done their jobs. Organic viticulture is on the rise across the region and has proved effective in the fight against the various vineyard diseases, in particular mildew.

Late summer was the saving grace and, if not a final blaze of glory, it provided sufficiently clement weather to get plenty of plots to 13% potential alcohol naturally. Alcohol levels will inevitably be lower this year – no bad thing. High acidity levels will hopefully make for some age-worthy wines. Some have argued that warmer-vintage Bordeaux lacks a certain acid backbone: not the case this year.

We will report back following our tastings at the end of the month. Watch this space.