"This may well be one of the best wines yet made at this small vineyard. Too bad there is so little of it! "Peter Sisseck, June 2022 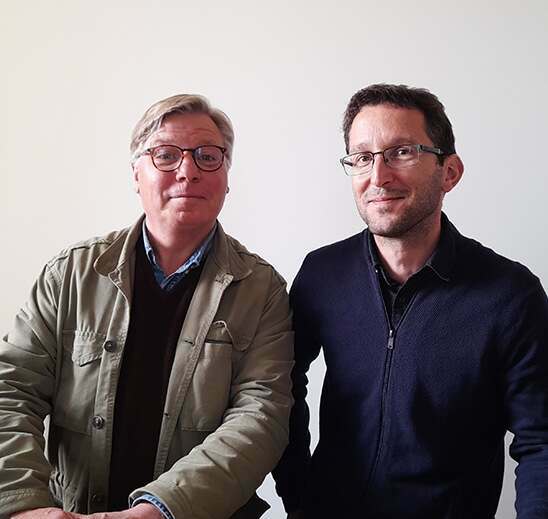 We are delighted to release the new vintage of Rocheyron, the Saint-Émilion estate of Danish superstar Peter ‘Pingus’ Sisseck.

Château Rocheyron is a return to Peter’s winemaking roots in Bordeaux. With his friend and business partner Silvio Denz, he has brought back to life this jewel of a property, located on the edge of Saint-Émilion’s limestone plateau.

Rocheyron, the château’s historical name, was the name of the family who owned it in the seventeenth century. The cellar and vineyard team is managed by régisseur Mathieu Raveraud (pictured here with Peter), who has worked alongside Peter here since the estate was acquired in 2011.

Rocheyron is now certified organic (since the 2020 vintage) and continues in the process of biodynamic conversion.  As William Kelley has written “This eight-hectare estate in Saint-Christophe-des-Bardes is characterized by high altitude and shallow clay soils over limestone, naturally delivering wines of energy and precision.”

And as Peter himself says in his quote above, the tiny 2021 vintage is not to be missed!

The 7.4 hectare vineyard comprises two main plots. The larger of these, covering around three quarters of the total area, is home to the younger Merlot vines, which are planted on hard limestone soils. The other, a plot called La Boutisse, is on more fractured limestone and is planted with 80+ year old Cabernet Franc and Merlot, bringing up the average vine age to over 45 years.

Three passes through the vineyard are made to harvest young Merlot, old Merlot and finally Cabernet Franc, which are all then vinified separately.

As at Pingus, organic and biodynamic practices hold sway here. Organic certification was obtained in 2020 and the estate is in the process of Biodyvin biodynamic conversion. Peter is not an advocate of green harvesting, saying he would rather encourage a natural balance in his vines.

He has encouraged biodiversity, planting bushes and shrubs at the borders of the vineyards. In his words, “I think there is a lot that can be done in Bordeaux to improve the environment.”

Peter’s aim is to produce a classic, terroir-focused style of Saint-Émilion.

The manageable size of the estate, with its modern, functional cellar, allows for vinification by parcel and vine age.

Fermentation takes place at a moderate 22°C, so as not to extract too much from Rocheyron’s very concentrated grapes. As Peter diplomatically puts it, “excess concentration is not really the way forward.”

His comments on alcohol are also interesting – the higher the alcohol, the greater the extraction, which needs to be borne in mind, especially with Bordeaux’s increasingly warm summers. (Also of interest is that Peter says the effect of climate change on his corner of Bordeaux has so far been beneficial.)

Following 30 days in vat, the 2021 is now being aged in 30% new oak. Although this is down from 50% in 2020, Peter has said he values the influence of oak in Rocheyron (in contrast to his approach at Pingus). The wine will remain in barrel for 18 months and will be bottled without filtration.

“This wonderful limestone we have here makes for electric wines.” Peter Sisseck, April 2022

Peter Sisseck described the 2021 growing season as “very complicated”. The winter was wet, and spring was warm, encouraging an early budbreak. Fortunately, frost in April and May did not affect the Rocheyron vineyards.

The June and July rains brought mildew however, which did affect the vines. Peter said that although they had battled with mildew in 2016 and 2018, in 2021, “it hit very severely”. In his words, “The real problem we had was the rain in July, which made it impossible to get into the vineyard and spray.” 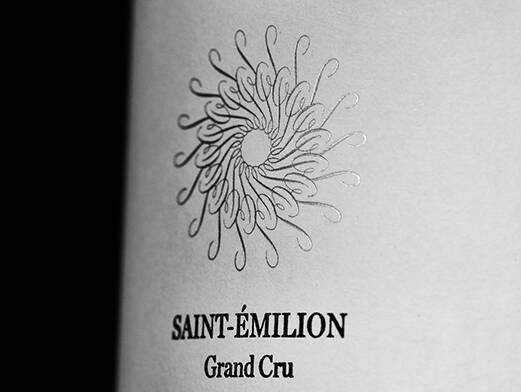 Peter Sisseck’s Rocheyron is a blend of 55% Merlot and 45% Cabernet Franc in 2021 – the highest-ever proportion of Cabernet Franc. Wild strawberry and redcurrant aromas, with plum, orange rind and tobacco leaf. The palate revels in beautiful, pure raspberry fruit, guided by polished, supple tannins which allow the limestone texture to shine through and exert a stony-mineral grip. Fermented at 25°C, reaching a maximum of 28°C. The wine spent 30 days in concrete vats, before being transferred to oak barrels, 30% new. 13% abv.

All prices are quoted in bond UK