Nervi is the latest venture from Roberto Conterno, of the great Cantina Giacomo Conterno estate in Serralunga.

The history of Azienda Vitivinicola Nervi dates back more than 100 years. The history of wine in the area goes back further still. The 10th century tower, Torre della Castelle, that still stands prominently above the town, was built to guard the vineyards. The Valferana vineyard, more about which below, can be traced back to 1242 in Gattinara’s municipal deeds.

A series of seismic events has given the area of Gattinara a unique soil structure. 280 million years ago, volcanic rocks were created when the Valsesia super-volanco erupted. Then, when Africa collided with Europe to form Monte Rosa 60 million years ago, these rocks were forced to the surface as gravel. Most of this was washed away over time except for that of Gattinara’s higher slopes. This has created a unique mineral-rich terroir. The gravel is rich in iron, manganese, zinc and copper. In addition, the high clay content - paralleled by Serralunga d’Alba - and an absence of chalk give rise to acidic soil conditions, perfectly suited to Nebbiolo. Nestled in the foothills of Monte Rosa, the vineyards are protected from northerly winds.

There are currently 28 hectares (ha) under vine, across four plots: Molsino, Valferana, Garavoglie and Casaccie. Pruning and harvesting at all sites is carried out by hand. Enrico Fileppo is the chief oenologist and has been with the winery since 1983. Roberto is now incredibly hands-on here, as one would expect. 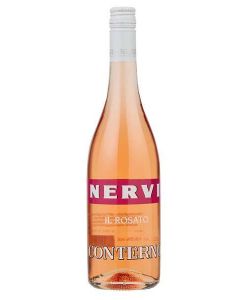