YOU HAVE TO AGREE TO THE USE OF COOKIES TO BE ABLE TO PURCHASE AS A GUEST.

The arrival of Gilbert Hammel in 1990 marked a turning point for the Domaine. Gilbert, of Swiss descent, has made Domaine des Varoilles a go-to producer of a succulent, rounded and supremely approachable style of Gevrey-Chambertin. The Varoilles holdings include two very special premiers crus monopoles, La Romanée and Clos des Varoilles. monopole indicating that the vineyards are in the sole property of the Domaine. In fact, the name Domaine des Varoilles comes, originally, from a premier cru monopole first planted in the 12th century.

The vineyard holdings have expanded over the years, and now cover ten hectares and eight appellations – each wine produced true to subtly different origins. There has been enormous investment here, re-invigorating naturally stunning old vine sites. Painstaking attention to detail in both the vineyard and cellar is reaping great rewards and the Domaine is now producing extremely fine wines making purists smile. Intense colours, profound aromatics, finesse and elegance are the watchwords here rather than power. There are no rough edges, even in youth, the wines complemented by freshness and lightness of touch, belying underlying, restrained muscle. 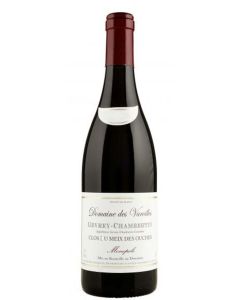 Gevrey-Chambertin Clos du Meix des Ouches Monopole Domaine des Varoilles 2014
Write a review
This small parcel, just 1 hectare of villages wine, is a monopole. Deeply coloured and rather sprightly, this offers black and red berries on the nose, then, on the palate, pure berries and cherries with good underlying acidity and pepper undertones.
Read More 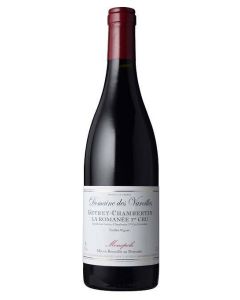 Gevrey-Chambertin La Romanee 1er Cru Monopole Domaine des Varoilles 2016
Write a review
This, the highest of the Domaine’s vineyards comprises one hectare of vines, with an average age of around 60 years. The soil is very shallow here, over a gravel and limestone bedrock, naturally low-yielding. Nicely red-fruited, with juicy red berries, violets and fruits of the forest. Ripe chalky tannins currently exert a little grip on the finish.
Read More 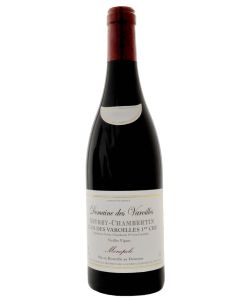 Gevrey-Chambertin Clos des Varoilles 1er Cru Monopole Domaine des Varoilles 2014
Write a review
Just down the slope from La Romanée, this six hectare vineyard of 45-50 year old vines produces a redfruited, aromatic style of wine. Brilliantly bright ruby in the glass, this has a sweetly raspberry- and strawberryfruited nose. The palate is fine on the entrywith an admirable purity and immediacy of fruit. Pas mal, says Gilbert… he is right.
Read More