This domaine, based in the heart of Gevrey-Chambertin, will be known to many of our customers as Domaine des Varoilles. 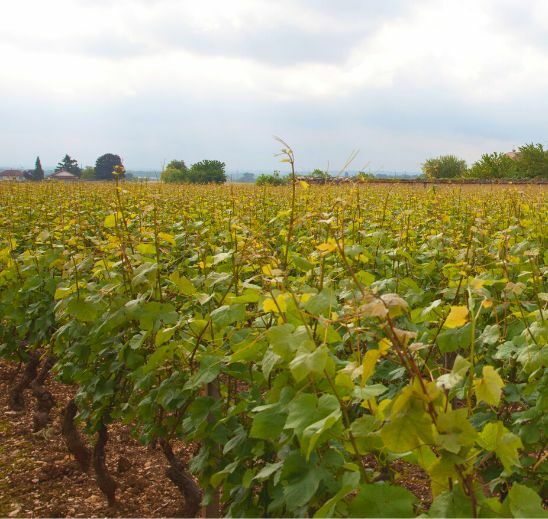 I met with Philippe Chéron in April, when I escaped Hong Kong for a few weeks, at his family’s winery in the heart of Nuits-Saint-Georges. The domaine is a century-old building, hidden behind a high façade, with large wooden gates to allow tractors and trailers through at harvest time.

We had spoken on the phone and exchanged several emails prior to meeting, but this was our first encounter in person. Philippe is not a new face in the Côte de Nuits. He has been at the helm of Domaine Misset-Chéron since 2011, when he took over the family business from his father. His grandfather, Paul Misset, founded Domaine Misset-Chéron in the late 1930s. The family soon expanded beyond Burgundy, buying large vineyard holdings in Vacqueras and Gigondas in the Rhône Valley – operations that are run independently, by Philippe’s brother and sister.

Philippe was also a silent partner in Domaine des Varoilles, in Gevrey-Chambertin. This estate, founded in 1964 by his father (Denis Chéron), was jointly owned by the Hammel & Chéron families. Gilbert Hammel, a longstanding friend of C&B, ran it until his retirement in 2020. Gilbert was a familiar face at C&B tastings in London, and to the many C&B customers who visited him at the estate.

Upon Gilbert’s retirement, Philippe acquired many of Domaine de Varoilles’ prized vineyards and added them to his family’s holdings, to create Domaine du Couvent. The new venture takes its name from the cellar in Gevrey-Chambertin, where the Varoilles wines were made. The building was a former all-girls boarding house, ran by the nuns of the Couvent de Chatel (located in the Jura region). I visited the building a few years ago and the underground cellar, where the wines age, is impressive.

In October 2021, we met Philippe Chéron for the first time in his cellars in the centre of Nuits-Saint-Georges. Tall and rangy in workman’s overalls, with a dry sense of humour and an obvious love of wine, we liked him immediately. He told us that his father had worked in the Varoilles vines since the 1970s, so there is clearly good knowledge of the terroirs within the familys.

Domaine du Couvent has some real gems, potential future stars of their appellations.

In the vineyard, Philippe follows the principles of organic viticulture, eschewing the use of any chemical products. The vines are over 70 years old and yields are low. A lot of work on the canopy helps to control their vigour, to protect against the threats of weather and to fight pests. Harvest is done by hand, placing the bunches into small crates to protect the berries. Once at the winery, the norm is to destem the grapes, but due to the heat in recent years, Philippe has been experimenting with some whole-bunch fermentation, if he feels it will add to the complexity of the wine, without masking the varietal and terroir expression.

Philippe is humble and softly spoken, deeply knowledgeable about his vines and wines, and passionately respectful of the land he is custodian of. His wines are full of energy and freshness. I rapidly forgot that I was tasting young wines, still in the making (malolactic fermentation was just finishing), from a very rich and concentrated vintage. Each appellation was effortlessly beguiling. We could have drunk any of those bottles at lunch that day.

I may be biased, because I have enjoyed the wines of Varoilles from day one, when I first joined C&B. I was worried we would lose them after Gilbert Hammel’s retirement. Nowadays, finding outstanding Côte de Nuits wines at a reasonable price is difficult. After meeting Philippe, tasting his interpretation of these classics for C&B and discovering his own wines, I am convinced the future is bright here for Burgundy lovers.

After my visit, Philippe agreed to give us a small allocation of his wines. At such a late stage, well after the end of the 2020 Burgundy En Primeur campaign, it was very kind of him to do so. We have taken as much as possible. These are great wines and I encourage you to add some to your collection. 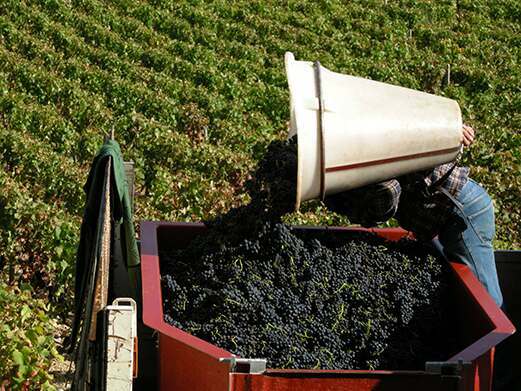 THE 2020 VINTAGE AT DOMAINE DU COUVENT

We tasted Philippe’s own 2020s alongside those which he took on from Domaine des Varoilles. Taking over mid-season cannot be easy but he has remained true to the Varoilles style which we know and love. Going forward, I suspect Philippe will aim for increased elegance and will reduce the use of new oak (both positives for me).

We are offering here the legacy ex-Varoilles wines but look out for more from this producer in the months and years to come. Exciting times here.

From a tiny plot of 0.33 ha, this ‘simple’ Bourgogne Pinot Noir shows ripe red fruit aromas and spices. Dark ruby coloured, medium-bodied, with some present but well-integrated tannins. In fact, not so simple. Give it 1-2 years to soften.

From a 0.4 ha plot, located within the garden of the Varoilles winery in Gevrey-Chambertin, and surrounded by a stone wall. Philippe told me that there is a natural power in this plot, requiring a hands-off approach – probably because the surrounding wall creates a micro-climate. He described his task as drawing out the elegance of the old vines. Dark ruby coloured, a signature of the vintage, round and fleshy with juicy red cherry notes. Despite its colour and intense nose, it is fruit-driven, with crunchy berries and floral notes adding elegance to the Gevrey power.

This one hectare vineyard is a monopole, owned in its entirety by the domaine. It has similar stony soils to the adjacent 1er Cru Champonnet. This was the first of the ex-Varoilles 2020s we tasted with Philippe Cheron, who described it as “a joyous site and wine”, reassuringly close to my own thoughts! Juicy raspberries, with a touch of spice and a bright, vivacious lift of freshness. 10% new oak.

Named after the size of the plots used in this cuvée - 40 ouvrées or 1.8 ha – an ouvrée being an old French term for how much land a vigneron could work in one day. This wine comes from the historic Paul Misset estate, from 12 plots covering 9 climats within the village of Chambolle-Musigny. Paul Misset (Philippe’s grandfather) had purchased each plot from old growers, who did not have enough vines to farm them commercially. Philippe repeatedly told me it was a luxury to be working with ‘vignes de vignerons’ (growers’ vines), which had never seen any chemicals, pesticides or machines working between the rows. This wine may well be the ultimate expression of the Chambolle appellation – incredible finesse and feminine in character. There is a touch of smoke, with flavours of sappy spice adding fragrance and freshness to the intense red berries on the palate. This comes from the inclusion of a proportion of whole bunches during fermentation. Very Chambolle. Very good.

Coming from a plot of 10 ouvrées (less than a half hectare), within the larger climat of Chambolle-Musigny, and bordering the 1er cru sites Les Charmes, Aux Combottes and Aux Echanges. There is a little slope, with a high content of stone, helping the drainage. There are mainly old vines. The wine is instantly more structured, but retains the Chambolle elegance. The nose is complex, with notes of red roses, ripe dark cherry and some sweet spices. This will require patience. Philippe said his winemaking was ‘hands-off’ to avoid overworking the wine. Success by my standards.

Philippe has two plots, covering 0.7 ha, in the lieu-dit ‘Les Barreaux’. This climat sits above Richebourg, Cros Parantoux, Aux Brûlées and Les Petits Monts, high on the slope. Vines are planted over a thin calcareous topsoil. The wine is elegant and pure, yet nervy and sharp. It is a serious cuvée, at first subdued, gradually revealing intense fruit aromas, a palate of polished tannins and refreshing minerality. It has the solid foundations required to deliver drinking pleasure over time. The winemaking is precise; the dominant aromas are of small ripe berries (wild strawberries, which can actually be found growing on the plot), over herbal notes (aromatic roots) and a floral finish.

This 0.7 hectare holding is even stonier than neighbouring Clos du Meix des Ouches. New owner Philippe Chéron suggested we taste its two constituent parcels separately. This revealed two intriguingly diverse personalities – the first dark-berried and spicy, with black pepper and a Côte Rôtie-like blood-orange zestiness, the second purer, more lifted and raspberry-flavoured. The blend reconciles these two – the serious and the light-hearted – into a winningly complete whole. 15% new oak.

Gevrey-Chambertin’s La Romanée is a premier cru high on the slope, beside a side-valley or combe, which delivers cooling breezes. The domaine has one hectare of vines here, with an average age of over 60 years. Very shallow soils (just 50cm) lie over a gravel and limestone bedrock, making for a naturally low-yielding site. This wine’s twin characters of elegance and dark, spicy fruit are clearly on display in 2020. The intensity and power of the vintage suit it perfectly, drawing out a creamy generosity and a sublime fruit-coating to the tannins. 20% new oak.

Philippe explained that the elegance of this cuvée is due to its location - a tiny 0.2 ha plot, situated between Vosne-Romanée and Nuits-Saint-Georges. It has characteristics of both climats. Domaine du Couvent’s plot is mid-slope and comprises very old vines, which adds to the wine’s complexity. It’s the only cuvée made solely with whole bunches, to add some freshness. The wine is animal and fleshy at first. Wild red and dark fruit notes dominate (currant, blackberry). It is warm and voluptuous. A masculine wine with structure and density, but remains approachable. Then the bouquet opens up with a touch of black tea leaves, and on the palate fine, integrated tannins. Philippe mostly uses the free-run juice for this cuvée, to avoid adding any bitterness. It was still shy when I tasted. It has serious ageing potential.

Domaine du Couvent farms two plots of vines in Clos de Vougeot, planted in 1950. The smallest plot is in the lower part of the Clos. The second, and largest plot, is close to Vosne-Romanée and near the holding of Liger-Belair. Philippe makes three cuvées with a view to, possibly, releasing them separately. But, so far, he has not made the move. I tasted the final blend. It is a big wine, but this is Le Clos! Surprisingly (or not) the tannins are soft and well-integrated. The harvest was ripe, the wine is lush and rich, with aromas of dark, ripe fruits supported by the freshness of 50% ‘whole-bunch’. With a bit of air in the glass, the meaty characters dissipated to show some nice citrus notes. There will be two schools of thought - forget the wine for 20 years, or start to drink it in 2, regularly, to see its evolution. Both schools will be correct.

I have been tasting the wines from this Charmes-Chambertin climat for a number of years now. It is a revelation and the most improved wine at Varoilles, and now Couvent. It has become more refined and Philippe’s philosophy of limiting new oak and extraction, adapting to the vintage, will continue to bring this wine up. Domaine du Couvent’s plot is in the upper part of the Mazoyères vineyard. At first, smoky notes and sappy spices leap out at you, revealing a mix of black fruit, accentuated by floral notes and herbal aromas of tea. The wine is elegant and structured. The calcareous soil is unique to this climat, producing very precise wines, exuding finesse. It is balanced and voluptuous, with a nervy tension and freshness. Very good.