Domaine du Comte Armand had a line-up of prestigious winemakers in its history, to farm its Clos des Épeneaux,a walled premier cru monopole in Pommard of 5.3ha. 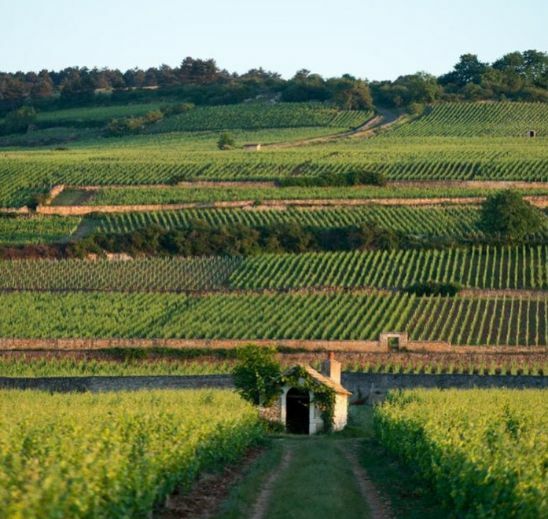 Domaine Comte Armand, also known as Domaine des Epeneaux, is located in Pommard (Côte-d'Or). It has nine hectares of vines, of which the most important part is a magnificent five hectare monopole of Pommard 1er Cru Clos des Epeneaux, planted 100% to Pinot Noir. The domaine takes its name from this plot, which is one of the largest monopoles in Burgundy. The vineyard is enclosed by a stone wall and sits across two lieux dits, Les Petits Epenots and Les Grands Epenots, both premier cru plots.

This vineyard was acquired by Nicolas Marey in 1850 and throughout its history the domaine has had several talented winemakers. Pascal Marchand, of today’s Domaine Marchand Tawse, ran the estate from 1985 to 1998. The mantle passed to Benjamin Leroux from 1999 until 2014, when he left to make his own wines. Paul Zinetti has worked at the estate since 2010, taking over the reins after Leroux’s departure.

Since joining, Paul has spent time, refining the mapping of the plots in the Clos. The monople is now divided by type of soil and age of vines. 3 wines are vinified separately and blended in the end, to make the cuvée Clos des Epeneaux. His second task was simply to let the wine shine. From what I understand from our discussion, he strives to give space to the expression of terroir. He makes all the wines the same way, in order to let the land do the talking and not the winemaker. He has also a lightness of touch, allowing the purity and inner power of the wine to emerge.

The domaine is certified organic by Ecocert and is run biodynamically. No chemicals or pesticides are used, only plant-based treatments, in the form of teas and decoctions (nettles, dandelion, horsetail for instance). The soil is ploughed and the vines are worked the same way. In the course of the year, up to 60 people work at the domaine, with a large part at harvest time. So much manual labor as opposed to usage of chemicals is to preserve the microbiological life of the vineyard and train the vines to fight for themselves.

Ornamental and medicinal plants have been introduced in the plots, to encourage biodiversity. The vines are 50 years old on average, with some plots in the Clos des Epeneaux being 90+ years old. There is a high density of planting, up to 12,000 vines per hectare in the Clos.

Similar to the vineyard management, the winemaking process follows the lunar cycle. Vinification takes four weeks. The grapes are fully destemmed when arriving at the cellar but are kept intact.